By taking action below, you’re joining manufacturing advocates who are urging Congress to vote NO on Card Check and any related policies that unfairly put the interests of labor groups above the protections of America’s workers. 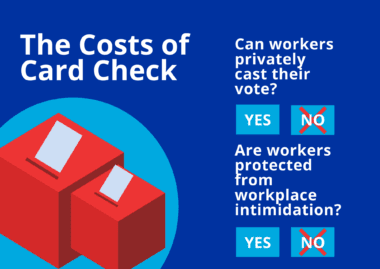 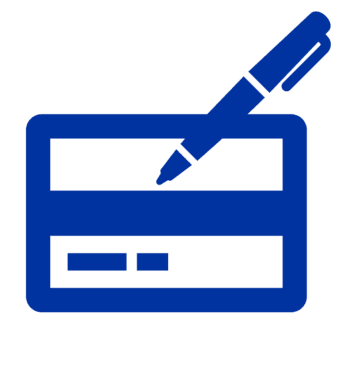 While the effort to enact the Protecting the Right to Organize (PRO) Act is in retreat, some are looking for new opportunities to sneak in old ideas that haven’t seen the light of day in years, including pending competitiveness legislation as a vehicle for Card Check – also known as the misnamed Employee Free Choice Act.

Today, If Congress approves it, Card Check threatens some workers workplace privacy and security. Card Check upends long-standing labor-management relations by abolishing the secret ballot and giving unions a fast-track process to conduct a unionization effort and elections with no oversight.

Card Check would effectively strip workers of their ability to vote in a union election without fear of pressure from labor groups, their employer and coworkers. When union organizers campaign and deploy any kind of tactics possible to convince more than 50% of workers to agree to unionize by signing cards that anyone can see, it’s a win for the union and a loss for the employer.

This simple term might sound harmless, but it poses a huge threat to our workers.  Simply put, Card Check will:

This is not about free choice. Card Check is forced choice. The right to a secret ballot to cast a vote should never be threatened in any circumstance.

We Want to Hear from You!

Washington needs to hear from YOU. Why? Because real voices make a difference and help to get stuff done. Include your voice and tell us why you support eliminating Card Check and protecting a worker’s right to vote privately with a secret ballot.

Keep Up the Momentum

Did you take action above? Keep up the momentum up by urging Congress to achieve historic infrastructure investment and to protect the competitive gains manufacturers have made thanks to tax reform.